There is a river some where!

And it flow from the mountain to the valy ,And it is just a matter of time! 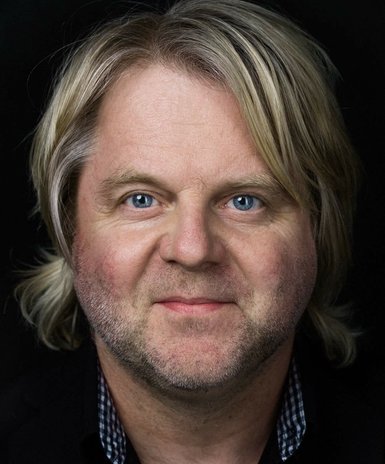 David Bäck grew up in Hjo with his father's jazz discs, where there were Charlie Parker and Count Basie in the collection. Played boogie woogie at 8 years of age. Started plank Charlie Parker on summer vacation when he was 15 years old.

David put together smaller and larger groups that played jazz and fusion early. Went on tour with the local big band to Denmark at the age of 17. Music studies at Per Brahe Gymnasium in Jönköping 1983-1986. Toured with jazz fusion bands in Spain when he was 18 years old.

Have traveled back to Africa since 1988. Studied West African music in Gambia. Made the successful band Bokaloho with three singers / percussionists from West Africa. Falun folk festival.

Has worked as a pianist with various choirs as Gothenburg's chamber marker with Anders Jormin.

Started the jazz club Now Brötz in the 1990s.

Has been playing the concert series Göteborgs kunstmuseum with Lars Larsson / Peeter Uuskyla. Drive clubs with Miko Rezler drummer on Nefertiti Deep. Played in Conny Sjökvist group in the 1990s. Played with Daniel Lemmas Group Company. Played in radio, on television and on slides with Swedish Americans like Nils-Bertil Dalhander and Jojje Vadenius. Participated in Jaqee's first album.

2012-2014 - Played with Deodato Siquir from Mozambique living in Stockholm. Played at festivals such as Copenhagen jazz festival, Urkult festival and Marmelad festival. Sweden, Denmark and Potugalturné with musicians such as Linley Marte from Zawinul Zyndicate.

Worked as a musican and project leader with Refuges , music students and made conserts together with Gothenburg Symphony Orchestra 2019